Smoking is not a new invention. As long as we’ve had plants on the earth, humans have tried to smoke them. In doing so, we’ve discovered tobacco and cannabis.

Over 2,000 years ago, smoking tobacco started as a religious and cultural ritual. Fast forward into the early 19th Century, and cigarettes were introduced. Smoking increased well into the 20th Century. Then in 1964, a report was announced warning people of the health hazards smoking can cause. Today, there’s been a significant decrease in tobacco use. However, smoking tobacco still remains the leading cause of preventable disease and death in America.

Marijuana, on the other hand, has received a bad reputation over the years because it’s known for its psychoactive effects. However, thanks to the 2018 Farm Bill, hemp, which is also part of the cannabis family, has been changing people's lives with its therapeutic cannabinoids: Cannabidiol (CBD), Cannabigerol (CBG), and trace amounts of Tetrahydrocannabinol (THC).

People everywhere have been benefiting from this medicinal herb. Even medical scientists are amazed at the positive outcomes of several scientific studies. That said, hemp companies have started to explore other forms of CBD consumption, thus creating the hemp cigarette.

What Are Hemp Cigarettes?

Many consumers who’ve smoked hemp cigarettes report feeling relaxed, less anxious, and in some cases, experience less cravings for nicotine or tobacco. While these reports are mostly anecdotal, there is one human study that showcases how effective CBD is in reducing the cravings and the amount of tobacco cigarettes that tobacco smokers normally smoke.

Still, hemp cigarettes are fairly new to the hemp industry and people often wonder if smoking hemp is a good idea in the first place.

If you’re looking for a faster, more affordable way to receive the therapeutic effects of CBD, CBG, and other beneficial phytocannabinoids, smoking hemp is your best option. Why?

Well, bt inhaling phytocannabinoid rich hemp, it directly enters into the lungs, which then transfers the therapeutic phytocannabinoids straight into the bloodstream. Consumers that smoke hemp cigarettes often report feeling the effects within 5 to 15 minutes, and effects often last around 2 hours or so. Other hemp consumption methods include CBD oil, capsules, topicals, and edibles, which don’t take effect as quickly as hemp inhalation.

Smoking hemp cigarettes is also considered the purest form of hemp, simply because there is no extraction process involved. The hemp is simply grown, harvested, and then generally rolled in organic biodegradable paper with a carefully designed filter. Reputable hemp companies will always utilize hemp flower that’s free of pesticides, herbicides, molds, yeast, heavy metals, additives, and other toxic chemicals. Tobacco, on the other hand, is known for its toxic carcinogenic compounds. In fact, tobacco contains over four thousand chemicals, with nicotine being the most addicting and well-known.

Still, it’s important to note that any kind of smoke can be very harmful to the lungs, especially those that have pre-existing lung or health issues. Researchers suggest that anytime smoke is inhaled, even from a plant, then lung damage, throat infections, and other adverse effects could take place. That said, many consumers swear by the safety of inhaling organic hemp, and deem it as the best form of hemp consumption.

Yes. Thanks to the 2018 Farm Bill, also known as the Agriculture Improvement Act, industrial hemp is legal in all 50 states as long as it contains less than 0.3% THC. Therefore, hemp cigarettes made with industrial hemp are fully legal. However, it’s important to check with you state laws, as some laws regarding CBD vary in different states. 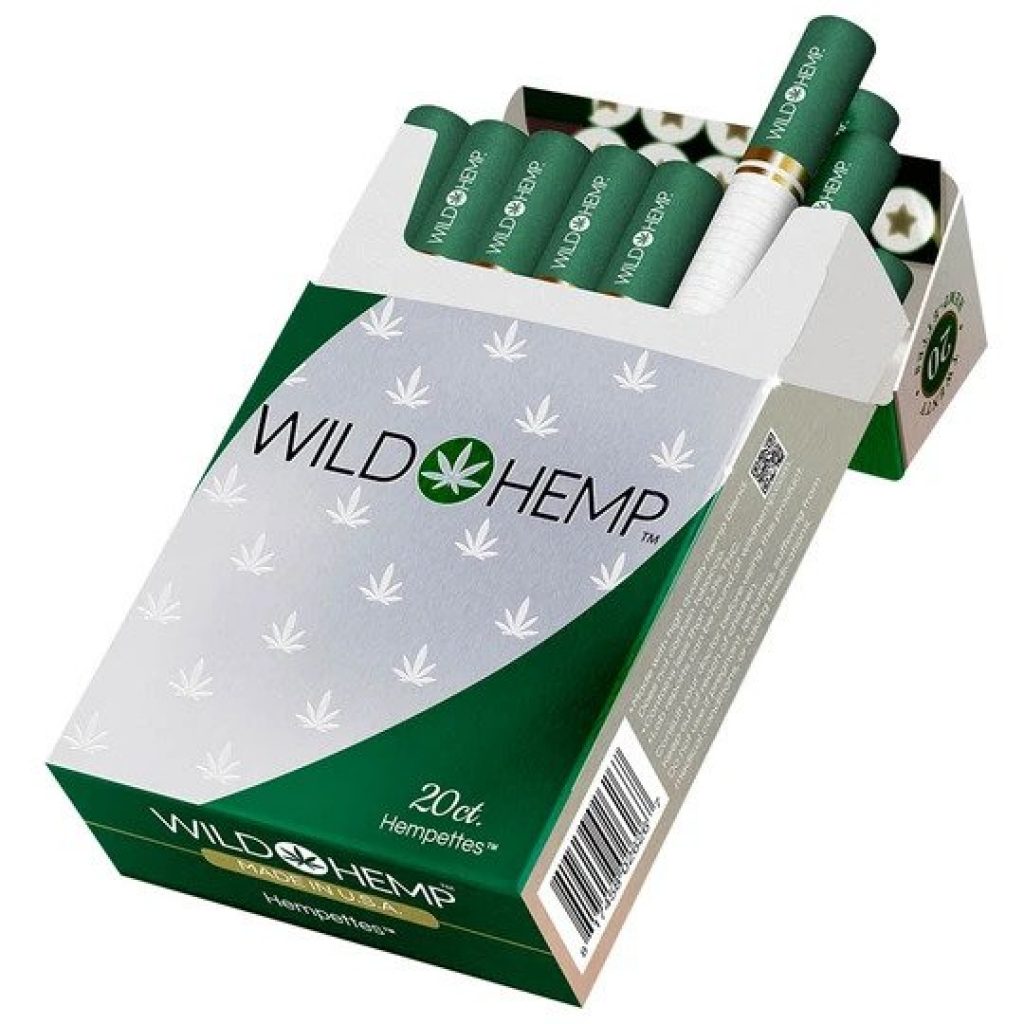 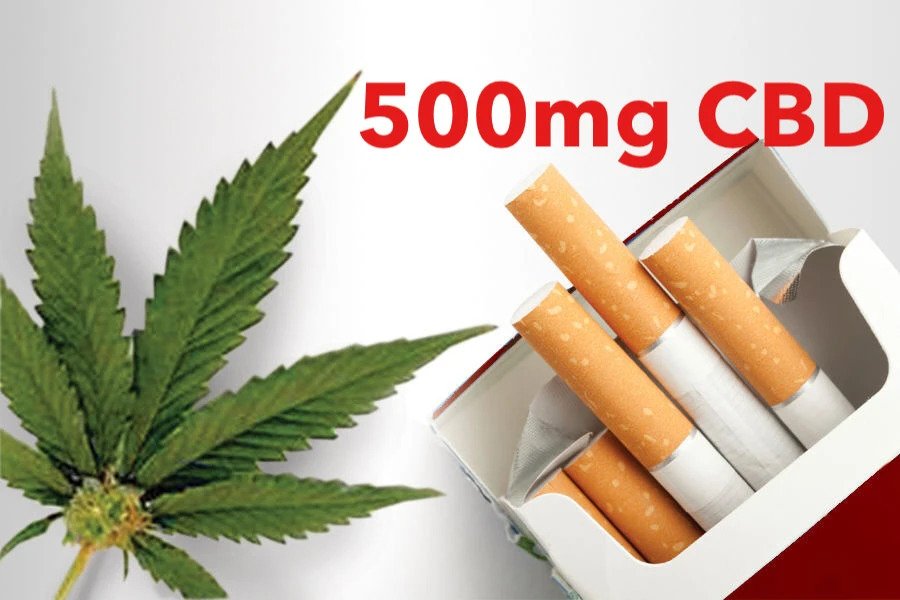 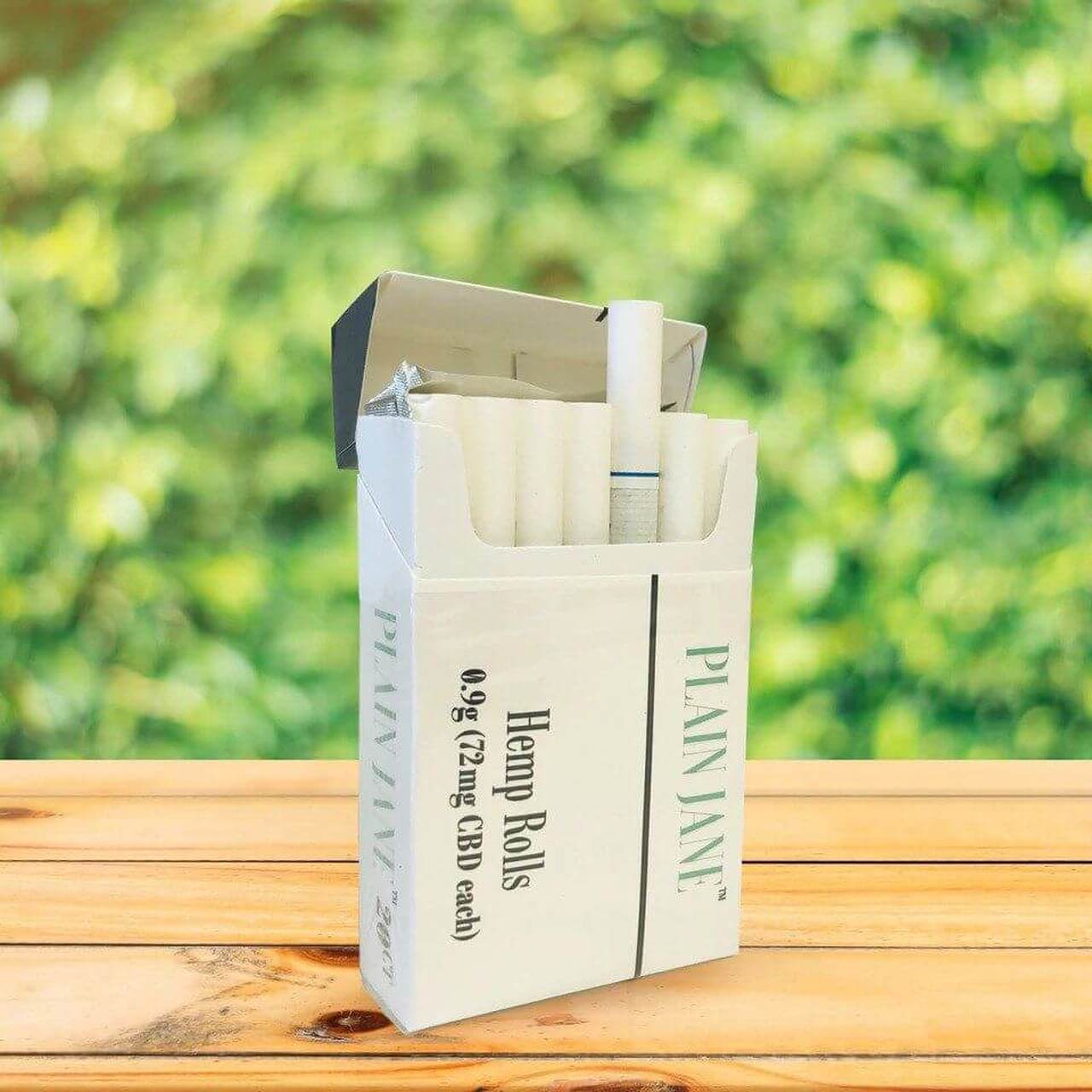 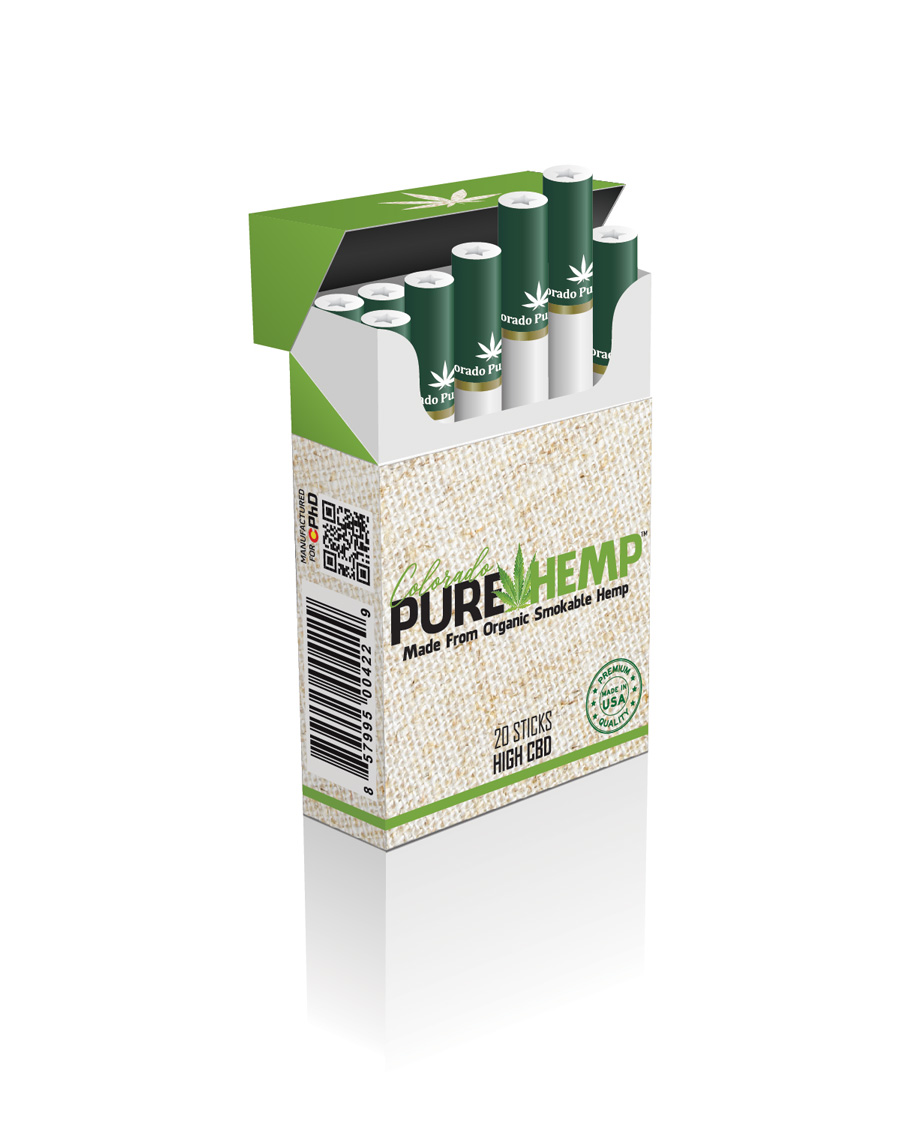 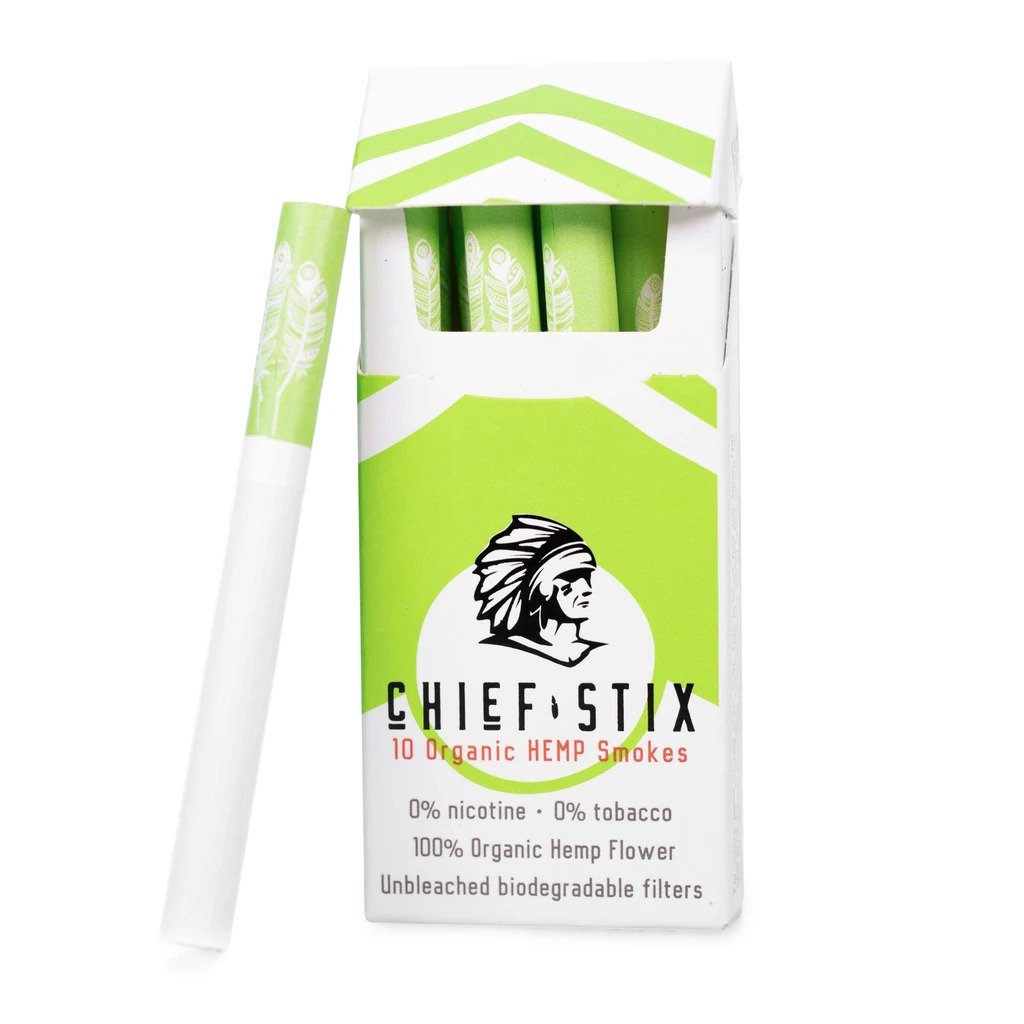 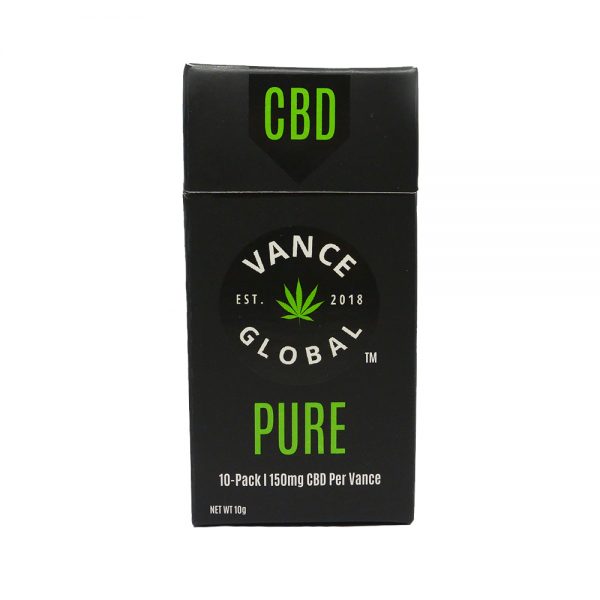 How to find the best hemp cigarettes

When it comes to the hemp industry, finding reputable hemp companies that create the best hemp cigarettes can be overwhelming and downright exhausting. That’s why we’ve done all the hard work for you. Each hemp company listed below utilizes top-of-the-line hemp that’s free of harmful chemicals and toxins. Some hemp cigarettes are flavored, while others are uniquely designed with specially made filters and rolling paper. So if you’re looking for the best hemp cigarettes available on the market today, check out our thoroughly researched products listed below.

Mr. Hemp Flower remains one of the top leading brands in the CBD industry that offers 100% organically grown hemp. They work strictly with licensed farms in Colorado, Oregon, and Washington State, that are thoroughly experienced in cultivating hemp to the masses. All of their hemp flower and hemp-derived CBD products are thoroughly tested by an independent third party to ensure potency, safety, and accuracy.

Their hemp cigarettes stand out among the rest because they are made without using hemp biomass –– the remaining parts of the hemp plant once it has been harvested. (Conventional farmers refer to it as hemp “waste”.) Instead, Mr. Hemp Flower’s cigarettes are made with high quality, full spectrum CBD hemp flower. So with every inhale, consumers are enjoying an array of naturally occurring therapeutic phytocannabinoids: CBDa, CBDV, CBGa, THCa, THCv, CBD, CBC, and CBG. Each cigarette contains less than 0.3% THC, ensuring no psychoactive effects. Many nicotine smokers review Mr. Hemp Flowers cigarettes as a super relaxing smokable that smokes like an actual cigarette.

Wild Hemp uses only the finest hemp flowers grown in the nutrient dense soil of Colorado and Oregon. They believe in offering “reliable relief” to all their customers, and they do so with absolute transparency. Each of their products are thoroughly tested and test results are available for customers to view on their website. They use all aerial parts of the hemp plant to ensure they are creating products that contain a multitude of cannabinoids and terpenes.

Wild Hemp is most famously known for their hemp cigarettes, otherwise known as Hempettes. They offer two blends to choose from: original or sweet. Both packs come with 20 hempettes, with approximately 50+MG of hemp in each cigarette. Each of their hemp cigarettes contain less than 0.3% THC and can be purchased anywhere in America.

Their CBD hemp cigarettes have quickly become one of the top selling products on their website, and for good reason. Each pack of Live Hempily cigarettes comes with 20 individual organic, non-GMO cigarettes with a potency of  500MG of CBD per pack. What's more, their cigarettes even look like the traditional cigarette. Live Hempily is known for producing one of the largest hemp cigarette selections in the industry. Not only do they create safe hemp products for their customers to consume; their hemp products contain less than 0.3% THC, making it legal to purchase in all 50 states. 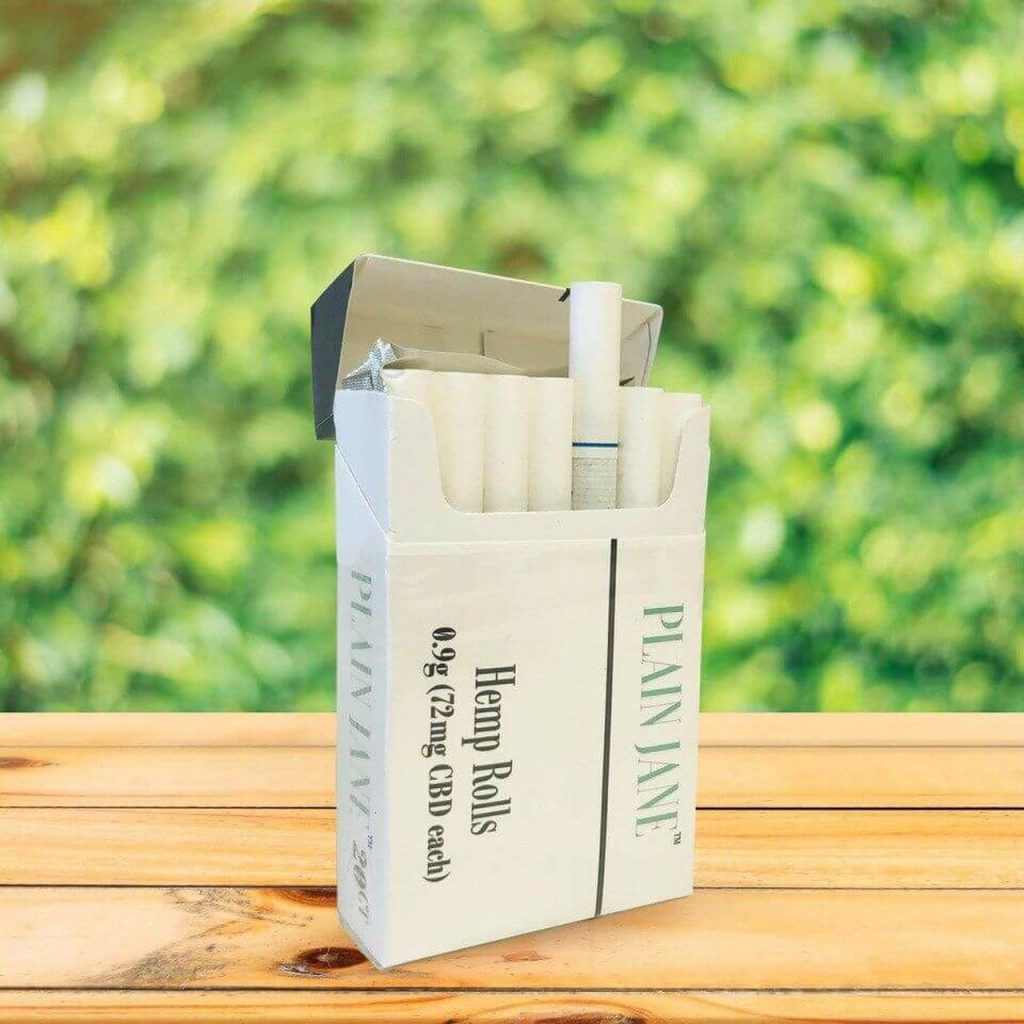 Plain Jane CBD has one mission: to make high quality hemp accessible and affordable to the masses. Located in southern Oregon, Plain Jane uses 100% organically grown hemp to create all their hemp-derived products. With a certification through the Oregon Department of Agriculture, Plain Jane not only practices safe and organic farming, they also have all their hemp products rigorously tested to ensure safety and accuracy.

Plain Jane is considered the first creators of the “low smell CBD cigarette”. This means their hemp cigarettes don’t have the familiar cannabis smell. They’ve even developed flavorful cigarette paper to give smokers that recognizable taste without the harmful effects of nicotine or tobacco. Each pack is filled with 20 hemp cigarettes and each cigarette contains at least 70MG of CBD. Plain Jane hemp cigarettes contain the legal amount of THC (0.3%) and can be purchased anywhere in the U.S. 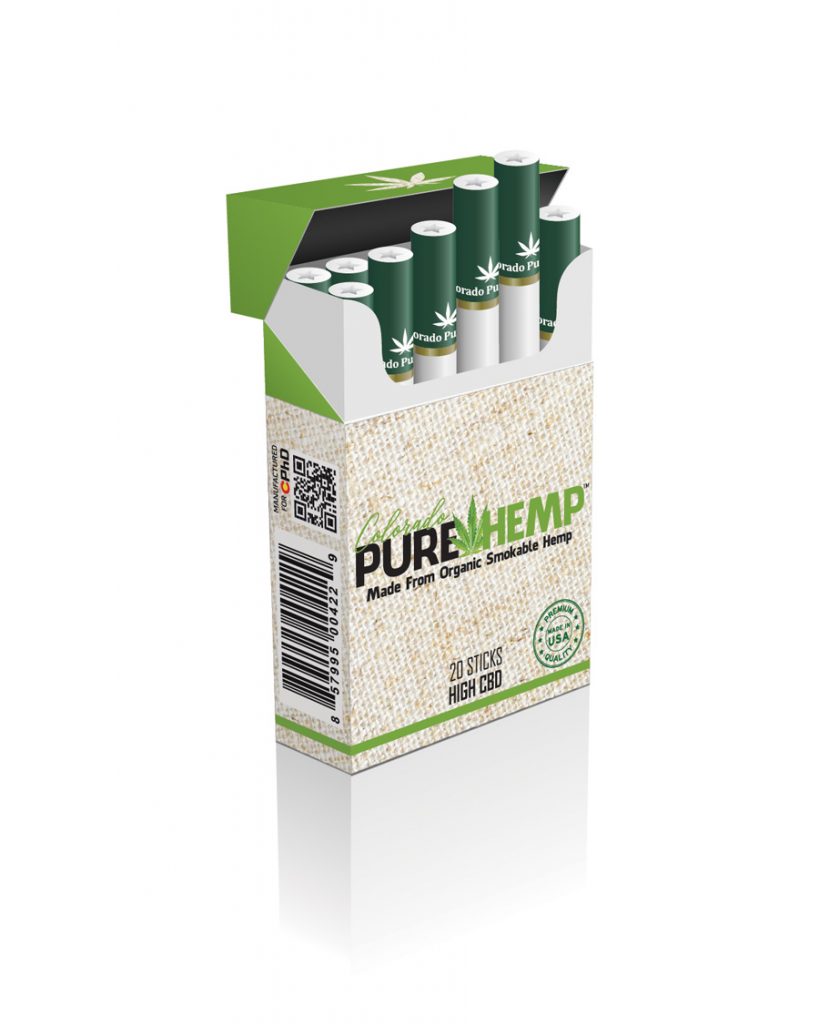 Their Hemp cigarettes are made with high quality rolling papers and delicately designed filters, which offer consumers a satisfying and relaxing smoke experience. Each pack contains 20 non-nicotine hemp cigarettes filled with an array of phytocannabinoids and terpenes. For those looking for flavor, Colorado Pure Hemp also offers a menthol flavored hemp cigarette. All of their products are third party tested to ensure they are within the legal standards of the 2018 Farm Bill. In addition to their testing, all of their lab reports are available on their website to view, accurately displaying the presence of other phytocannabinoids. 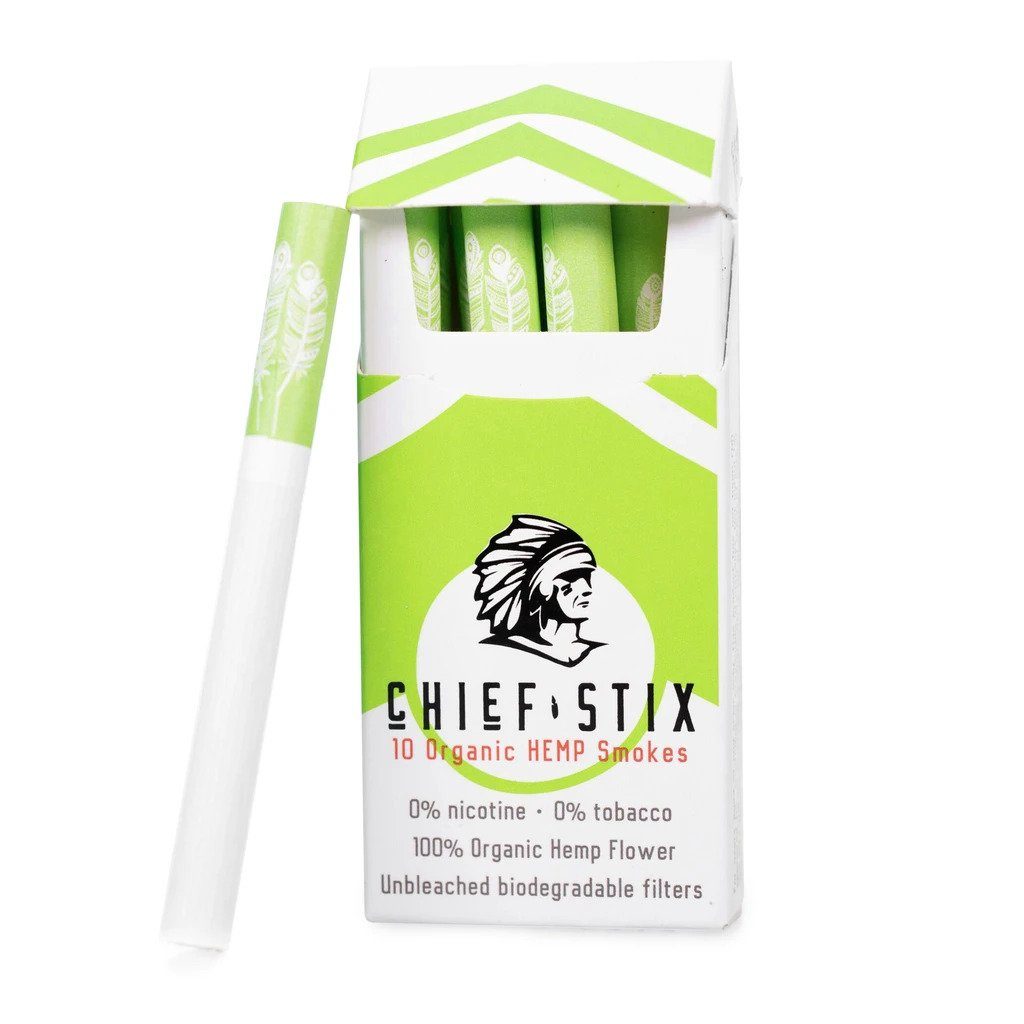 Known as “the guilt free smokes”, Chief Stix specializes in 100% organically grown hemp flower products that are free of tobacco and nicotine. All of their products are meticulously tested by different laboratories to ensure there are no contaminants of heavy metals, mold, yeast, pesticides, and any other harmful toxins. These test results also ensure potency and compliance with the 2018 Farm Bill, never exceeding the legal amount of THC (0.3%).

Their hemp cigarettes are carefully designed using high quality hemp that's free of hemp stems and seeds, thus delivering a smoother smoking experience. Chief hemp cigarettes are slow burning, meaning you can enjoy their hemp cigarette for a longer period of time. They’re also fast acting, offering consumers a feeling of relaxation with every puff. Each pack is filled with 10 hemp cigarettes and 600MG of CBD. That’s an average of 60MG per hemp cigarette. Unfortunately, due to regulation, Chief Stix hemp cigarettes can be shipped anywhere in the USA except for Wyoming, Idaho, Kentucky, Louisiana, Nebraska, and South Dakota. 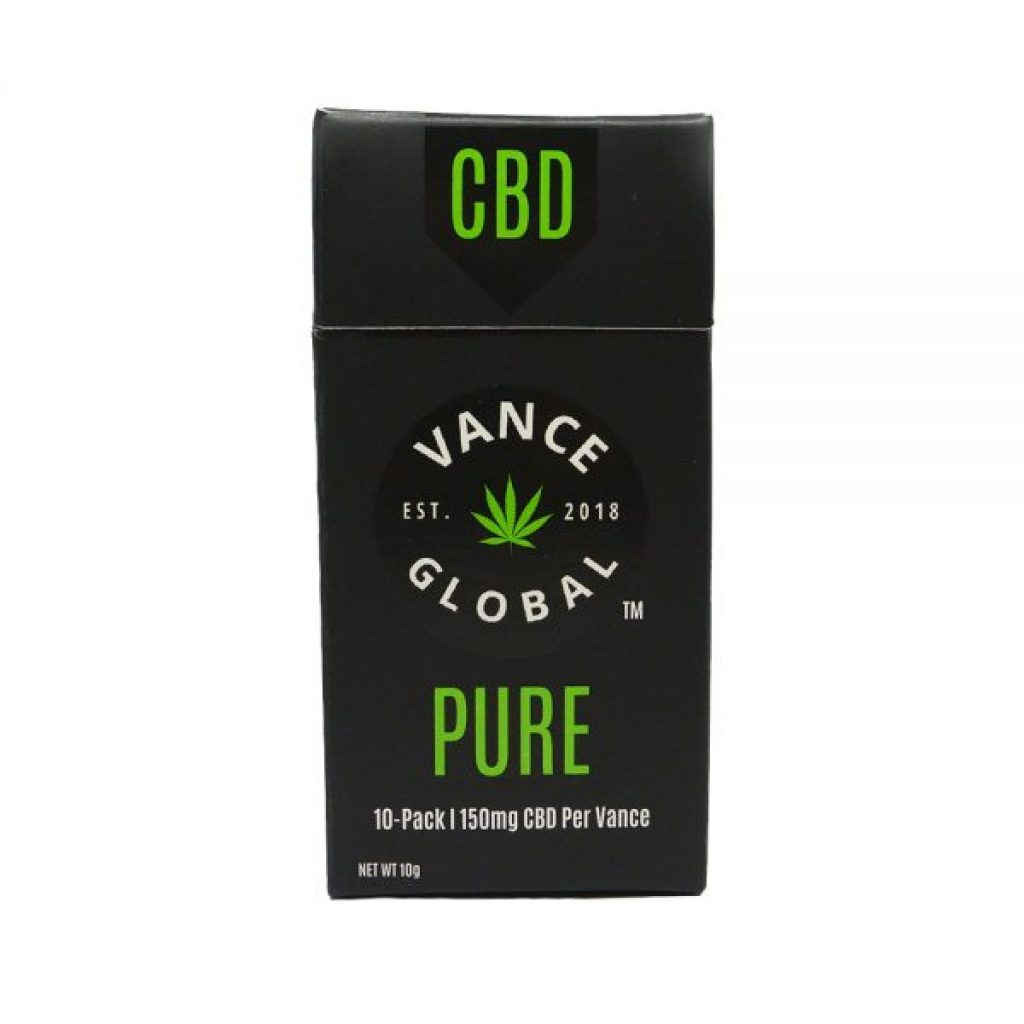 Vance Global was established in 2018 by two friends in Milwaukee, WI. After numerous hemp tests, herbal combinations, and sleepless nights, they finally developed an all natural blend of hemp flower that offers users a distinct taste and feeling when smoked. With a mission to “Touch the lives of millions with results that mean happy and healthy”, Vance Global was born. Today, Vance Global sources only 100% organic hemp that’s free of all synthetic pesticides.

Related Articles
We will be happy to hear your thoughts